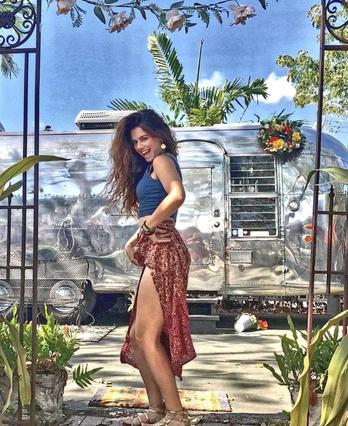 Josephine Phoenix was born in Miami Florida and raised in Brooklyn N​ew York, plays guitar and clarinet, and is also a Stella Adler Conservatory Alumni. She mostly enjoys sharing the creative process with others and finding the magic in the details.

Touring numerous countries as a back up singer and musician for such artists as latin singer Ricardo Montaner, as well as starring as Queenie in Andrew Lippa's musical The Wild Party at the Area Stage Theater Co in Miami has been some of her most memorable and inspiring experiences.

Her more recent endeavors include performing as Gloria Fajardo ( Gloria Estefan's mother ) in the musical ON YOUR FEET with Prather Productions, hosting restaurant review snippets for the weather channel with her humor and improv skills, and touring with the stand up comedy musical "Y Si Me Caso" with Telenovela star Julian Gil.